Romanian-born Mira Feticu is a writer, performer, journalist and columnist. Her publications include A declaration of love to the Dutch language, All my fathers, Tascha, The disease of Kortjakje and Sweet child of mine. As a journalist, Feticu publishes regularly in Trouw, De Groene Amsterdammer, Uit Vervolgd, Voertaal as well as in various Romanian media. Her columns can be read regularly in De Standaard, Trouw and The Hague Central, where she has been a regular columnist for years. Her writing style, both in her novels and non-fiction work, has been praised several times. “... unprecedented striking prose, robust and lyrical at the same time...” wrote De Groene Amsterdammer about her book The disease of Kortjakje.

Together with Dutch actor Hans Dagelet she adapted for the stage her latest novel, All my fathers, and started performing it herself. The play, which premiered in Het Nationale Theater (The Hague), tells the personal story of the main character Myra. a woman who essentially embodies the recent history of Europe, the account of a personal and historical trauma of a migrant who has great faith in the healing power of classical European literature, an ode to literature as a vital force.

Matthijs van Nieuwkerk wrote about Mira Feticu's recently published Declaration of Love to the Dutch Language (De Geus) in the Volkskrant: "One of the most surprising, forward, best books of 2021... I was immediately enchanted. … This is the erudite, very graceful pen of a woman who is willing, as she herself says, to be embarrassingly honest."

And Marc van Oostendorp on www.nederlandstiek.nl wrote: "I haven't read in years such a sparkling language in a book like The Declaration of Love. It promotes an attitude towards language that you don't often (actually: not anymore) find in our regions – that of language in its role as culture, as a vessel of memories."

Mira Feticu, who has a PhD in Literary Studies, also conducts research projects for journalistic organizations on migrants from Eastern Europe, delivers lectures on literature, Roma culture, anti-Semitism in Eastern Europe and totalitarianism, conducts interviews with other writers, moderates literary afternoons and sings in the language of the village at the foot of the Carpathians where she was born.

Media: a guest of Moped at Sea:
https://www.vpro.nl/speel~VPWON_1329967~a-l-snijders-en-mira-feticu-brommer-op-zee~.html 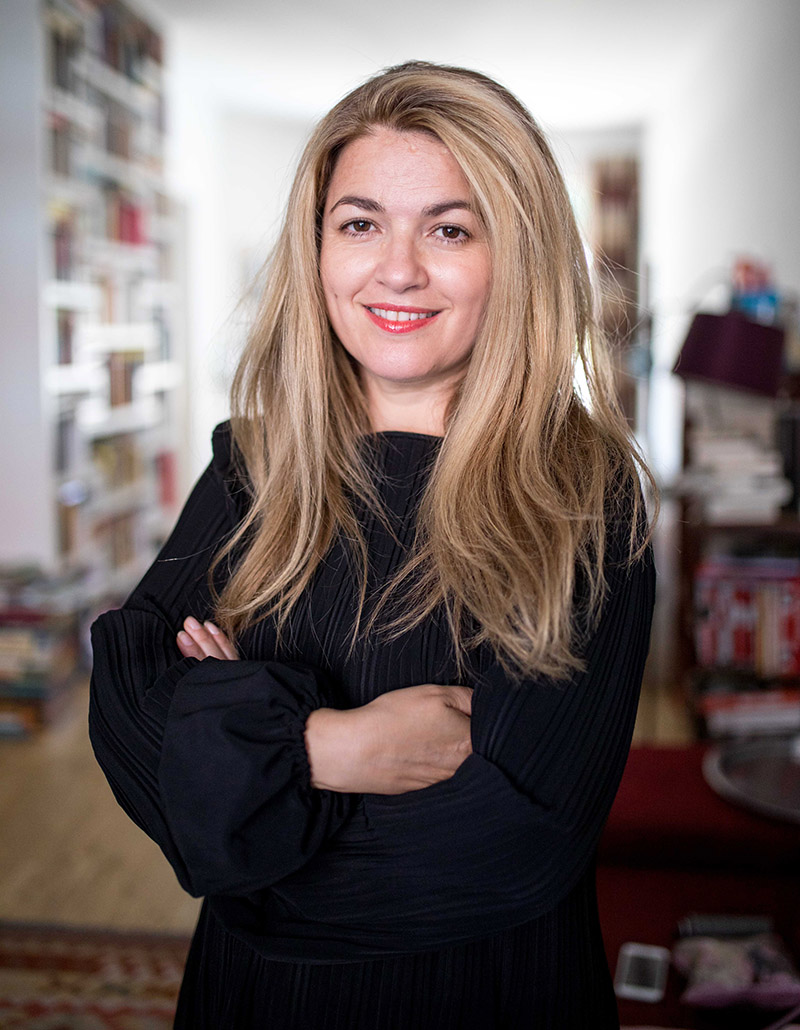